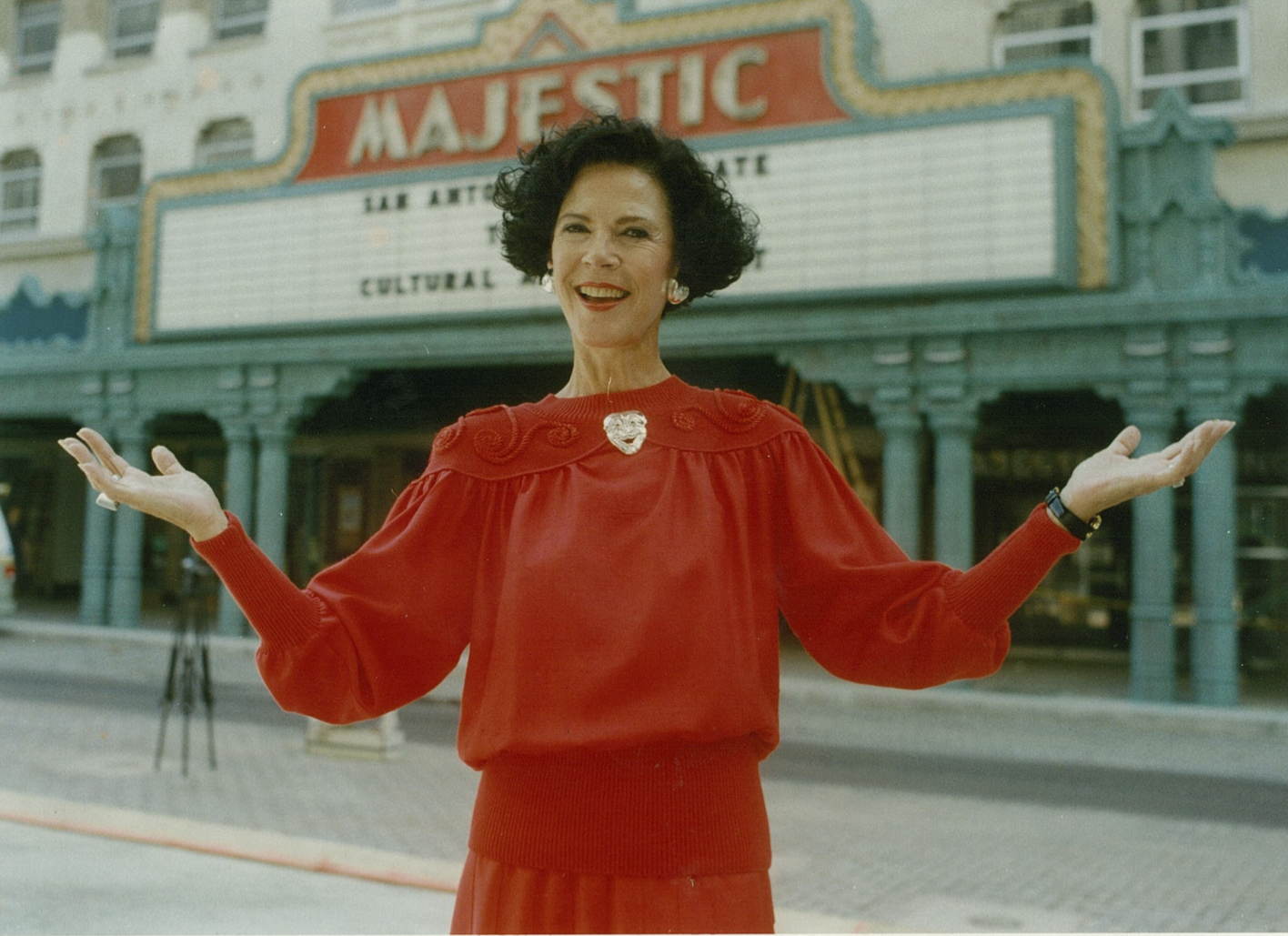 A formidable advocate for national funding of San Antonio’s arts agencies, Jocelyn “Joci” L. Straus was accomplished in voluntary giving, voluntary service and voluntary association for the benefit of both San Antonio and Texas.

One of San Antonio’s most active community leaders, Joci was Founding Chairperson of Las Casas Foundation. Through Las Casas, she was the driving force behind the restoration of San Antonio’s historic Majestic and Charline McCombs Empire Theatres, focusing attention and resources for their restoration and continued preservation. Las Casas’ first commitment was to restore the Majestic Theatre as the cornerstone of the Joci Straus Performing Arts Center. Built in 1928-1929, the theatre’s construction spanned 11 months and cost $3 million. In 1988-1989, Joci helmed the fundraising and restoration effort to restore Majestic Theatre to its glory. The process took 11 months at an approximate cost of $4.5 million. The Charline McCombs Empire Theatre was the second venue to be restored as part of the Joci Straus Performing Arts Center, with Joci leading the restoration effort. After being dark for nearly 25 years, this golden jewel was restored in 1998 at an approximate cost of $5.5 million.

In 2009, Las Casas Foundation launched the Las Casas Performing Arts Scholarship Program, designed to support young talent that needs assistance to climb the ladder to success in the performing arts. Since its inception, more than $1 million in scholarship money has been awarded at the Joci Awards, a one-night showcase and culmination of the program, to deserving high school students excelling in the disciplines of theatre acting and musical theatre singing and dancing.

In addition to her tireless efforts on behalf of the Joci Straus Performing Arts Center, she gave her time on numerous boards including: the Mayor’s Blue Ribbon Committee on the Arts; National Council on the Arts and advisory member of the National Endowment of the Arts; the Army Community Council; the University of Texas at San Antonio College of Fine Arts and the Humanities; Bexar County Hospital District, Cancer Therapy and Research Center; Texas Research and Technology Foundation Advisory Board; the Chairman Development Board of the University of Texas at San Antonio; and the Advisory Board of Operation Comfort, a non-profit that raises funds and awareness for the wounded men and women who have given so much in their fight to preserve our liberty; as well serving with numerous other committees and organizations.

Joci was appointed by Governor Perry as the only private citizen to serve on the State Preservation Board, which oversees preservation, maintenance and restoration of the State Capitol and other buildings. She was also the former Chair of the Board of Trustees of the United Way of San Antonio and Bexar County as well as being the Founder of the Women’s Leadership Council of the United Way. She also served as President of the Development Board for the University of Texas Health Science Center at San Antonio and was a board member for 20 years.

They say that imitation is the greatest form of flattery and Joci did just that by creating the Texas Medal of Arts, spotlighting and celebrating the creative excellence, exemplary talents and outstanding contributions by Texans in selected categories, ultimately recognizing the best of Texas talent from the fields of song, dance, performing arts and more. The awards mirror the National Medal of Arts.

Joci’s most recent volunteerism included serving as the chair of the fundraising committee for the Children’s Museum of San Antonio, later named the Doseum.

Las Casas Foundation invests in the past, present, and future of the performing arts by preserving historic theatres, cultivating young theatre artists, and supporting theatre programs within the community. Las Casas offers a variety of educational initiatives to nurture and grow the performing arts, including an annual scholarship program, awarding over $100,000 in scholarship funds each year, as well as additional educational and training opportunities. For more information, visit www.lascasasfoundation.org.

Photography available for print or online gallery use.